GSEE and ADEDY’s 24-hour strike in demonstration of the government’s policies came into effect on Wednesday, effectively shutting down the public… 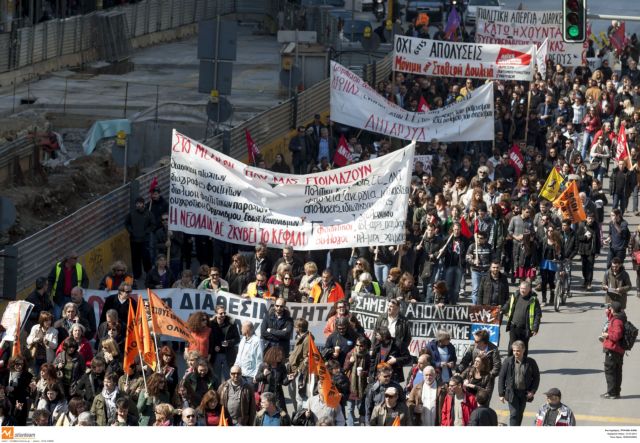 GSEE and ADEDY’s 24-hour strike in demonstration of the government’s policies came into effect on Wednesday, effectively shutting down the public and private sector. The trade unions have arranged an 11am rally at Klafthmonos Square, while PAME holds its demonstration at Omonia.

The country’s largest trade unions argue that the coalition government’s policies will result in the abolition of all social provisions, further prolonging the recession and financial crisis. The unions demand that the government takes back its bailout program policies, restores wages and benefits, among others. Both unions stress the need to defend the public nature of critical utilities, services and social benefits, arguing that the government is in a process of selling everything off.

Doctors and hospital staff are also participating in the 24-hour strike, meaning that all public hospitals, health centers and welfare services will be operating with a security crew and will cover emergencies. Likewise, all pharmacies will remain closed aside from stores scheduled for night duty.

The strike will affect public transport in Athens, with buses running between 9am and 9pm, while the trolley and suburban rail services will not be operating at all. The tram and electric railway will operate as normal, as will the Metro aside from line 3, which will terminate at Doukissis Plakentias rather than the airport. With the Panhellenic seaman federation PNO also going on strike, maritime transport will also be affected and all ships will remain docked.