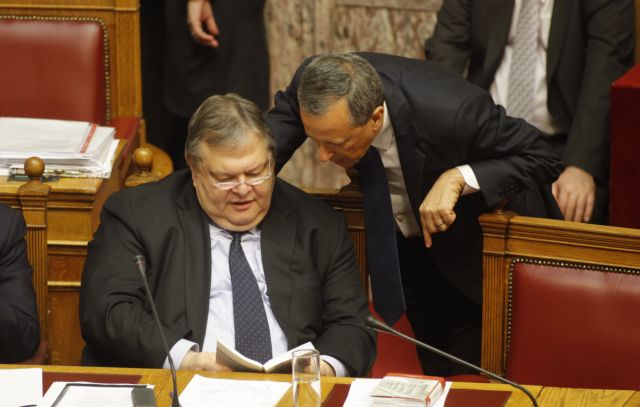 The former general secretary of the government Panagiotis Baltakos has been summoned to testify on Monday about the controversial video where he appears to have a conversation with Golden Dawn MP Ilias Kasidiaris.

The investigation is being handled by prosecutor Kalliopi Dagianta, who has already requested a copy of the controversial video and proceedings from Parliament.

Baltakos will be quizzed about the time and place of the illegally-recoded conversation, as well as what else was discussed at the time. The disgraced former general secretary will also have the option of pressing criminal charges against Kasidiaris.

However, the Golden Dawn MP remains defiant and at a recent speech he argued that his party would prevail in the upcoming local and European elections on the 18th and 25th of May.

Meanwhile, government Vice President Evangelos Venizelos stated that Golden Dawn is a «criminal organization that is still in operation«, while the coalition government’s central line is to not allow the neo-Nazi party to regulate political developments in the country.