Kouvelis rules out forming coalition with Samaras and Venizelos 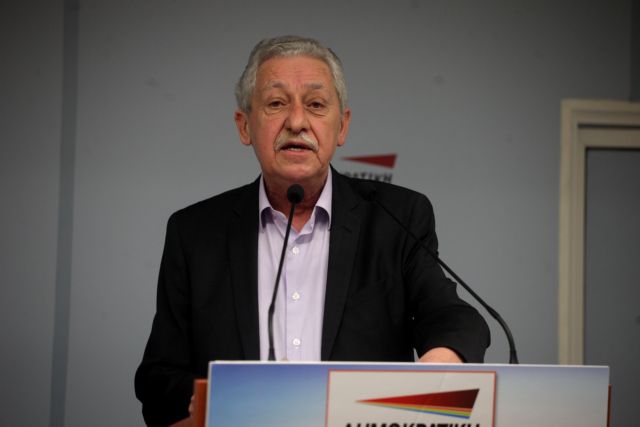 The leaders of DIMAR Fotis Kouvelis appeared on SKAI’s Monday morning news show to deny rumors that he is discussing the possibility of returning to the coalition government. Additionally, Mr. Kouvelis explained that the Baltakos scandal is not over, since the former general secretary “was not a unique case in the government”.

During the brief interview, Mr. Kouvelis cited the former general secretary’s intervention in the vote for a critical anti-racism bill – which had be drafted by then-Minister of Justice Roupakiotis – as an example of Baltakos’ reach and influence within the coalition government. Mr. Kouvelis noted that the Baltakos scandal indicates that there is a serious political issue to be discussed.

Once more, Mr. Kouvelis denied rumors that his considering running for the position of President of Democracy, claiming that he would not collect the necessary votes and that his is president of DIMAR.