The Baltakos scandal has had a profound effect on the coalition government and New Democracy. The developments with the former general secretary have prompted… 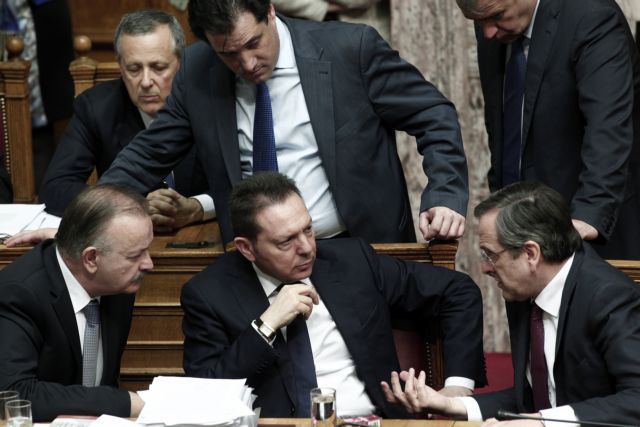 The Baltakos scandal has had a profound effect on the coalition government and New Democracy. The developments with the former general secretary have prompted a meeting between Antonis Samaras and Evangelos Venizelos for Friday morning.

Despite the anger over Mr. Baltakos’ “betrayal” of the Prime Minister’s trust, the government is trying to focus the scandal on SYRIZA, by accusing the opposition of adopting Golden Dawn’s arguments of a “staged persecution”.

Meanwhile, many New Democracy officers and MPs, such as the Minister of Interior Yannis Michelakis, have accused and denounced Mr. Baltakos, while insisting that the Prime Minister had absolutely no clue as to what his former general secretary was up to.

New Democracy MEP Marietta Giannakou commented on Athina 98.4 that “liability is personalized in democracy, they cannot be collective”, while MP Kostas Markopoulos told Vima 99.5 that “the Prime Minister has nothing to do with anything that happened”.

In the midst of the great tension and uncertainty, the comments of Minister of National Defense and New Democracy Vice President Dimitris Avramopoulos on Thursday afternoon have prompted further discussion regarding amongst party members. Mr. Avramopoulos explained that as a huge democratic and European faction, ND must consistently be against extremes, anti-democratic attitudes and absolutist ideologies.