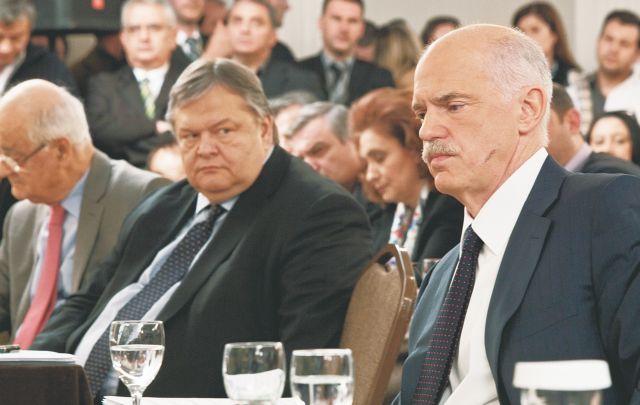 The decision of former PM Giorgos Papandreou to vote against article 2 of the critical multi-bill on Sunday displeased the current PASOK leader and government Vice President Evangelos Venizelos.

After the vote, Mr. Venizelos visited Mr. Papandreou at his office in a clearly agitated state and had a heated discussion with his predecessor and argued that “nobody has the moral and political right to ostensibly appear more sensitive to these matters from the current PASOK MPs”. He then accused Mr. Papandreou of hypocrisy and “personal political games” which “led the country and political system to its current state”.

Mr. Papandreou later issued a statement himself in response to Mr. Venizelos’s accusations, remarking that “we are all judged by the faction and the Greek people”.