The government crisis caused by the proposed changes to the regulation of the sale of milk, among other OECD recommendations, appears to have… 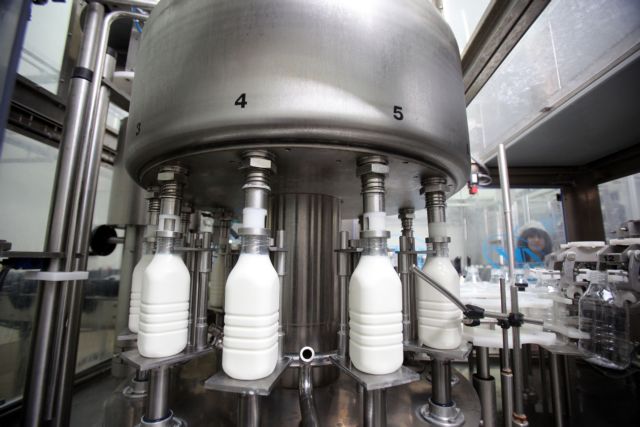 The government crisis caused by the proposed changes to the regulation of the sale of milk, among other OECD recommendations, appears to have been averted, as the troika is willing to accept some improvements to the recent agreement. The Minister of Agricultural Development Athanasios Tsaftaris told Vima 99.5 FM that the problem was going to be resolved, while he deputy Maximos Harakopoulos underlined that it is positive that there is the “will” to update the deal regarding milk.

The Deputy Minister explained that the proposed “milk of the day” only makes sense if it has a shelf life of up to 5 days, so that it can reach consumers in urban areas and pointed out that milk that has undergone the mildest form of pasteurization still has a 5-day shelf life. Mr. Harakopoulos reported that the term “fresh milk” existed in other EU members and opined that in Greece milk sold as such may see its shelf life increase to 6 days.

Furthermore, the Deputy Minister argued that the term “highly pasteurized milk” deceptively insinuates it is of a higher nutritional value than other milk, when in fact, the pasteurization undermines milk quality. Instead, Mr. Harakopoulos proposed that the term “high temperature treatment” be used instead.

Meanwhile, PASOK officers are angered at the withdrawal of various regulations from the bill which would further deregulate the taxi sector, since the matter was discussed in secret between the Minister of Growth Kostis Hatzidakis and representatives of the motorists. The two sides agreed not to introduce anything which could affect the taxi sector.