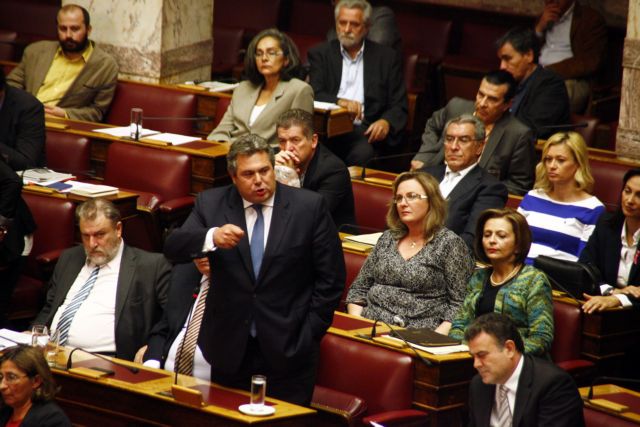 MPs Chrysoula Maria Giatagana and Konstantinos Giovanopoulos have formally informed the President of Parliament Evangelos Meimarakis that they have resigned from ANEL’s parliamentary group and wish to become independent MPs.

This development had been confirmed earlier in the day by the party’s press spokesman and regional government candidate for East Macedonia Terence Quick.

A few days ago Mrs. Giatagana had resigned from her position in the party’s executive office in protest of the support towards Mr. Tzitzikostas, who is running for regional governor of Thessaloniki.

While ANEL has yet to release an official statement on the development, To Vima contacted the President of Parliament on Wednesday morning, who remarked that he had not yet received any request for independence by any MP.