With hundreds of suspended secondary education teachers facing dismissal on Saturday, when their 8-month suspension period ends, the teacher… 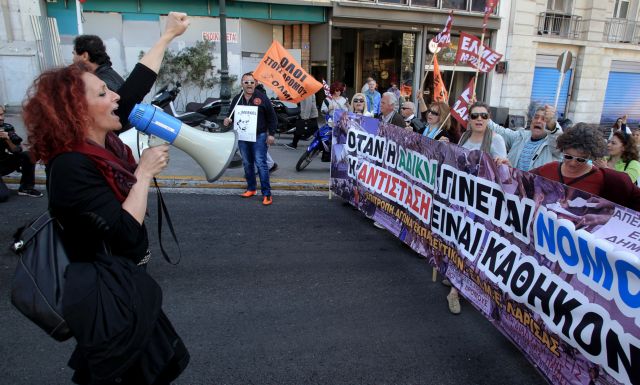 With hundreds of suspended secondary education teachers facing dismissal on Saturday, when their 8-month suspension period ends, the teacher federation OLME continues its strike actions for a third day, having organized a rally in downtown Athens at 11am and march to the Ministry of Education at 3pm.

The teacher federation is accusing the Ministers of Education Konstantinos Arvanitopoulos and Administrative Reform Kyriakos Mitsotakis of breaking their promises, being ruthless and hiding away. OLME specifically cites Mr. Arvanitopoulos promise that no teacher would be made redundant.

The Minister of Education attempted to placate the protesters on ANT1’s morning chat show on Friday by claiming that every effort is made so that nobody is made redundant, before adding that the commitments to the troika do not allow much room for negotiations.

On Thursday teachers symbolically occupied the political office of Mitsotakis in Pagrati at around 3pm, with riot police intervening and using tear gas to disperse the protesters. About 40 protesters remained inside the building until 11pm, demanding that the Minister at least give a verbal confirmation regarding redundancies.

Mr. Mitsotakis commented on his twitter account that the government’s decisions are final and derided the protesters’ actions and occupation.