Deputy Minister of Agricultural Development at odds with government

While the coalition government was celebrating coming to an agreement with the troika after months of endless negotiations, the Deputy Minister of Agricultural… 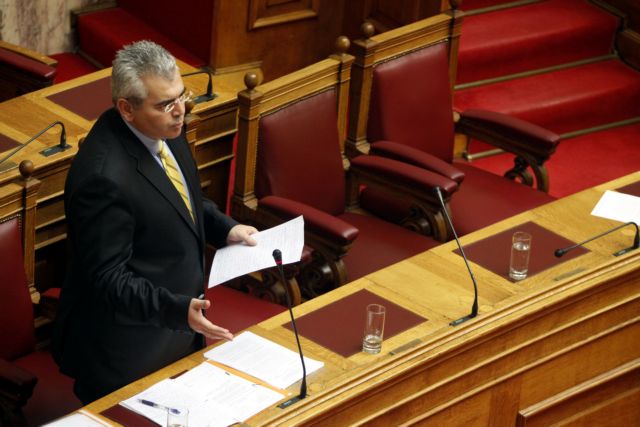 While the coalition government was celebrating coming to an agreement with the troika after months of endless negotiations, the Deputy Minister of Agricultural Development Maximos Harakopoulos could potentially cause a mini crisis.

Mr. Harakopoulos appears to be disappointed by the government’s deal on the shelf life of milk, which he considers to be against the interests of domestic dairy farmers, and is prepared to resign from his post.

The Deputy Minister, who was amongst the first to react to the possibility of prolonging the shelf life of fresh milk, was rumored to have sarcastically have commented that milk with a ten-day duration was called buttermilk in his village.

Joking aside however, Mr. Harakopoulos cited a report by a scientific committee in Greece which determined that the shelf life of pasteurized milk which undergone a 15-second heat treatment has a shelf life of 5 days. Further treatment is possible, however it will have an impact on the nutritional value of the milk.

Additionally, Mr. Harakopoulos referred to the particularities of the Greek dairy market, which is made up of small dairy farming units, and argued that Greek exports of “fresh milk” will collapse as they will not be able to compete with that of other countries, such as Italy.

Above all though, the Deputy Minister is concerned that the dramatic changes will affect the country’s self sufficiency in food, as dairy farmers will either be forced to shut down or be bought out by out by other companies.