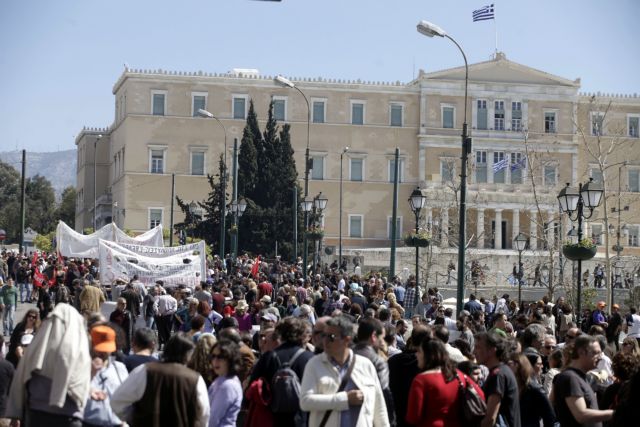 ADEDY’s 48-hour strike over dismissals, suspensions and changes in employment relations continues today, with a rally taking place at Syntagma Square today at 1pm, followed y a concert outside Parliament.

In its announcement regarding the strike, ADEDY accuses the government of feigning negotiations with the troika and is complicit in the troika’s “neo-colonial demands” that “aim to further deregulate employment relations and to support domestic and foreign capital”.

Secondary education teacher federation OLME and the nationwide federation of public hospital employees POEDIN are also participating in the strike and protest actions. OLME has reacted to the evaluation process and accused the government of consciously subverting the education system

POEDIN is demonstrating against the suspension measure and demands that permanent healthcare staff be recruited in order to cover for the staff shortages created since the first bailout.