Tuesday’s agreement between Greece and the troika was covered extensively by the German-speaking press, with many media outlets considering the… 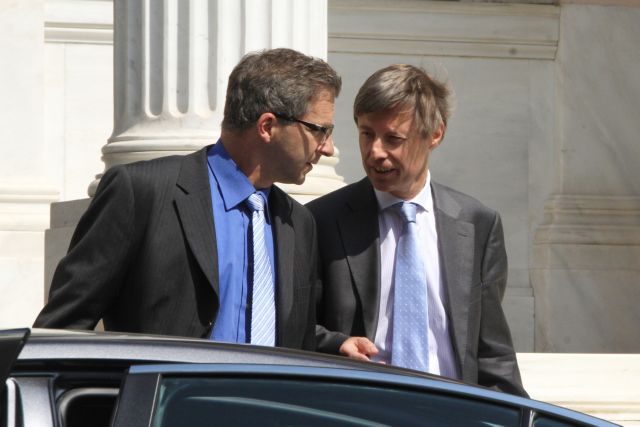 Tuesday’s agreement between Greece and the troika was covered extensively by the German-speaking press, with many media outlets considering the deal as an indication of the immanent end to the European crisis.

Deutsche Welle cynically however notes that this could also mean that Greece will never implement any of the tough reforms that is has agreed to, while Swiss newspaper Neue Zurcher Zeitung focused on how the last-minute deal took six months to complete.

The Swiss newspaper’s commentator expressed his surprise at the lack of an official announcement by the troika, which would confirm the details of the deal. Additionally, the Swiss newspaper stressed that the agreement was necessary for the payment of the next loan installment.

Meanwhile, the online edition of Focus notes that despite the coalition government’s persistence on certain matters, key issues (such as the public sector dismissals) have been postponed for autumn.

The weekly financial review Wirtschaftswoche estimated that Greece’s return to the markets to secure funding in order to cover its debt symbolizes the end of the European crisis. The Wirtschaftswoche also reported on the troika’s concerns of Greece repeating its past mistakes.

Others, such as the Royal Bank of Scotland’s interest expert Michael Michailidis, Greece’s return to the markets does not mean that any of the tougher reforms will actually be implemented. Mr. Michailidis explained that this is due to the troika focusing on the implementation of austerity measures.