SYRIZA responds to the coalition government’s deal with the troika

While the coalition government is celebrating coming to an agreement with the troika, SYRIZA has kept a more reserved stance. According to opposition leaders… 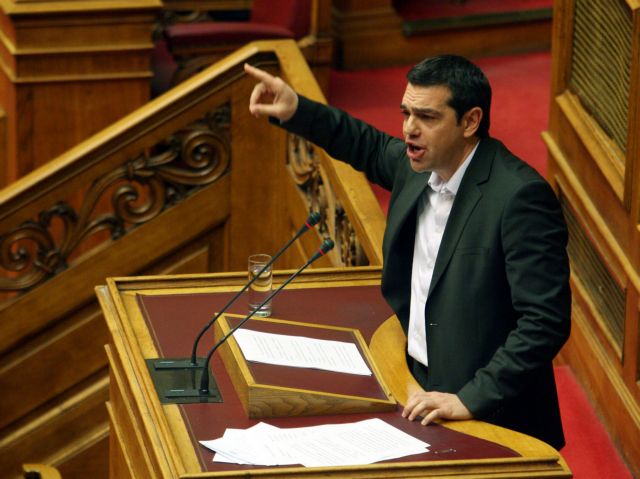 SYRIZA leader Alexis Tsipras specifically posed a question in Parliament regarding the capital increase procedure, which he considers a serious and scandalous affair that will lead to a new bailout, soon after the European elections. The opposition fears that the deal is pointless since it does not address the debt.

Mr. Tsipras commented that “the government kept its promise, unilaterally and fully, but only towards the troika and not the Greek people”. The opposition leader cited the dramatic changes in working relations and the deregulation of dismissals in the private sector as part of the “plan of violent depreciation of employment, property and enterprise in Greece”.

The opposition leader remarked that “with this deal Mr. Samaras has forever associated himself with the bailout. To be precise, Mr. Samaras is the bailout and we will only exit the bailout when the people send his government to the trash can of history”.