Ryanair estimates it will bring 4 million to and from Greece 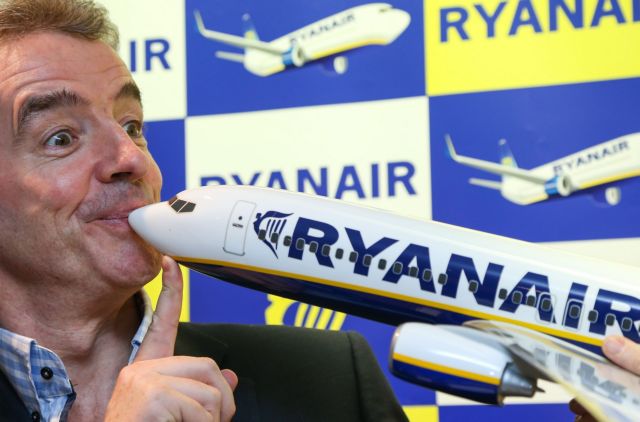 The CEO of Irish budget airline Ryanair Michael O’Leary announced record bookings for his company’s upcoming flights to Athens which will begin on the 1st of April.

Mr. O’Leary estimated that his airline will transfer about four million passengers to and from Greek destinations. The company will operate six flights to Athens, Chania, Corfu, Kalamata, Kefalonia, Kos and Patra.

Additionally, the CEO revealed that Ryanair has invested over 300 million dollars in Greece and is currently in talks with various airports about expanding its number of flights in November.