Kostas Filippidis is the new pole vault world champion, having come first at the 2014 IAAF World Indoor Championship that is taking place in Sopot, Poland. This was the … 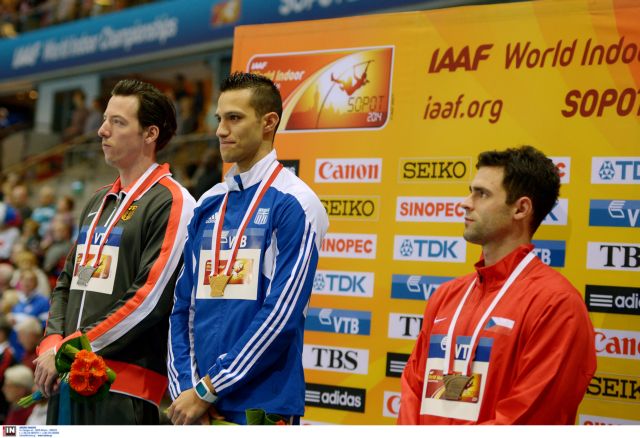 This is the first world championship for the 28-year-old Filippidis, who went through to the finals without any fails. He cleared 5.40m in his first attempt, followed by 5.55m, 5.65m and 5.75m in his next four vaults. In the final he cleared a winning height of 5.80 meters, a season best, securing the gold.

Louis Tsatoumas, who holds the Greek indoor record in the long jump, was unlucky and came fourth, with his best jump measuring 8.13 meters. Despite a good start, Tsatoumas experienced a few problems and failed in his final attempt.