A high-ranking officer from the Ministry of Finances highlighted the tension in the current negotiations with the troika, by revealing that the government does… 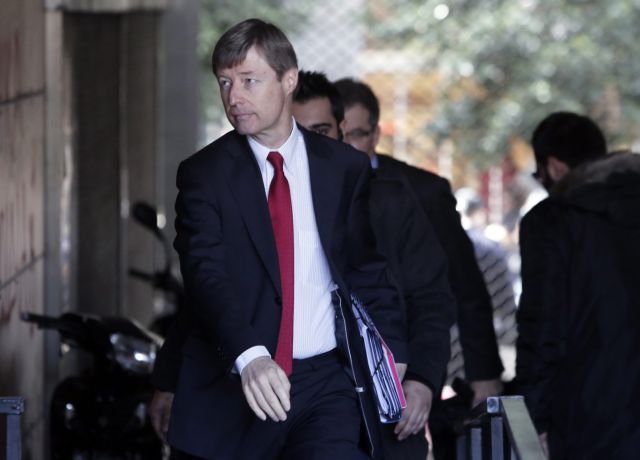 A high-ranking officer from the Ministry of Finances highlighted the tension in the current negotiations with the troika, by revealing that the government does not intend on legislating on the deregulation of mass dismissals or public sector dismissals for 2015 and that it will consider acting unilaterally.

Meanwhile he Minister of Labor Yannis Vroutsis has arranged to meet the troika representatives at noon on Friday, in order to comet to an agreement over the changes in the labor sector. Amongst the issues are the deregulation of mass dismissals in the public sector and the reduction of the non-wage costs by 3.9% effective this summer.

The cuts in insurance contributions will see OAED’s revenue reduced by 350 million euros, while net loses for 2014 are estimated to be 120 million euros. Nevertheless, the government hopes to cover the shortfall in OAED’s budget from the state budget as well as the positive trend in employment that the measure may trigger.

Meanwhile the Minister of Finances Yannis Stournaras is expected to have repeated meetings with the troika heads over the weekend. Government officers pointed out that an agreement with the troika before the Eurogroup is not certain and that they are expecting the troika to publicly comment on the progress of negotiations.