Papoulias: “Greece and Germany have a common future in Europe” 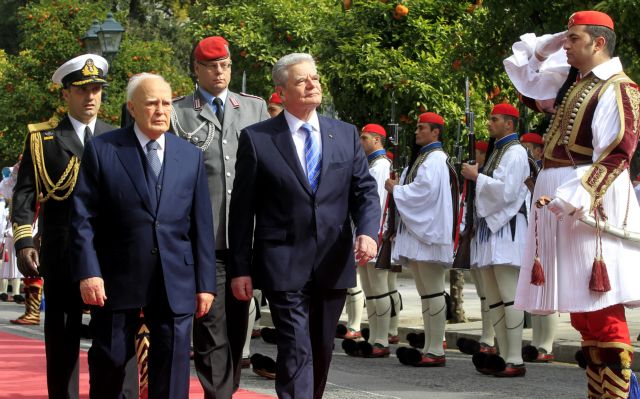 The President of Democracy Karolos Papoulias met with his German counterpart Joachim Gauck earlier today and noted that Greece and Germany have a common future in Europe.

Mr. Papoulias remarked “Germany can play an important role, as can Greece in her area. We are together on the path to peace”, with Mr. Gauck responding that the purpose of his trip was to show his solidarity to a place rich in history and to “confirm the long-term friendship” that “remains strong”, despite the recent crisis in the relations of the two countries.

The German President also revealed that he learned Ancient Greek when he was 15 and still living in East Germany.