Huge difference of opinion between Ministry of Finances & troika

Yesterday’s six-hour negotiations meeting at the Ministry of Finances may have ended shortly after 2am on Thursday, however the two sides were unable to … 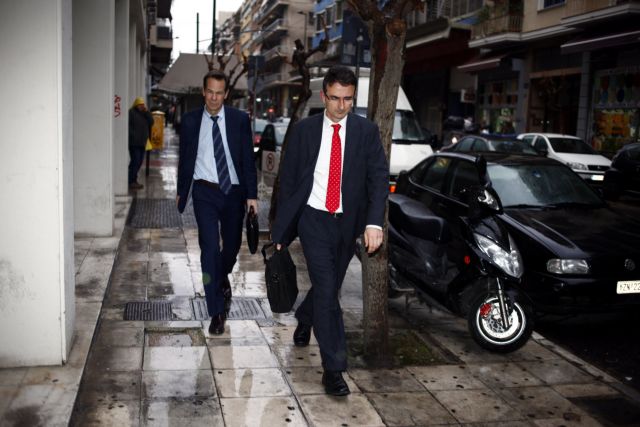 Yesterday’s six-hour negotiations meeting at the Ministry of Finances may have ended shortly after 2am on Thursday, however the two sides were unable to come to an agreement. The troika arranged to meet various high-ranking officers from the Ministries of Growth, Labor, Shipping and Environment today, as well as representatives from the Bank of Greece and TAIPED.

Indicative of the low expectation to complete negotiations was a message from a Finance Ministry executive who dubbed the potential of coming to a staff-level-agreement as “ambitious”, without however ruling out the possibility of coming to an agreement after the upcoming Eurogroup or the troika returning to Athens on Wednesday.

Nevertheless, the executive officer insisted that there was no “plan b” in case negotiations are not complete by the European elections, putting an end to rumors that Greece could cover its obligations in May (worth 9.5 billion euros) without collecting the 8.8 billion euro loan installment that is expected to be approved by the EU.

During the marathon negotiations last night it became clear that the recapitalization of the banks was a major point of disagreement between the Greek government and the IMF. The ministerial officer claimed that the IMF and ECB cannot agree on the matter, while Greece has requested that Greek banks be given the same leeway with the ECB’s stress tests as other European banks.

The Ministry of Finances proposed to the troika to announce the results of the stress tests conducted by the Bank of Greece and determine the capital needs of the banks. Any bank wishing to increase its capital, but cannot amass the necessary funds will be able to draw funds from the FSF.