Tsipras: “SYRIZA will be the first Left government in Greece”

Speaking before the audience of a “United Left” event in Ljubljana, Slovenia, SYRIZA leader Alexis Tsipras claimed that his party was going to be… 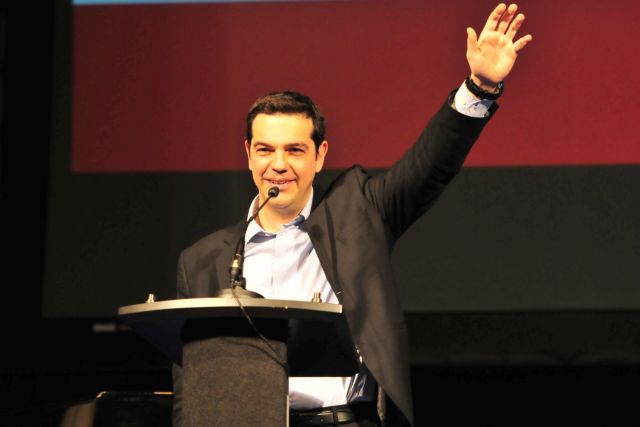 Speaking before the audience of a “United Left” event in Ljubljana, Slovenia, SYRIZA leader Alexis Tsipras claimed that his party was going to be “the first Left government” in Greek history and that his candidacy for president of the European Commission was a mandate of hope and change for Europe.

While referring to recent developments in Greece, the opposition leader repeated his estimation that his party would be in power “in a few months” and that the people would embrace SYRIZA’s path of hope, recovery and growth.

Regarding the developments in Ukraine, Mr. Tsipras argued that Greek and European policy must change, while expressing his concern regarding the stance of European countries, which supported anti-democratic and neo-Nazi parties and factions in their rise to power. Mr. Tsipras stressed that never since the end of the Cold War have the Europeans people been so skeptical about Europe.

The SYRIZA leader was overtly critical of the banking system and explained that the European creditors have rejected recapitalizing banks directly from the European Support Mechanism, in order to lend money to the governments, which in turn will – temporarily – save their banks. That way, Mr. Tsipras noted, the tax-payers of the European South will essentially fund the entire European banking system.