Parliament to host discussion on Port of Piraeus privatization 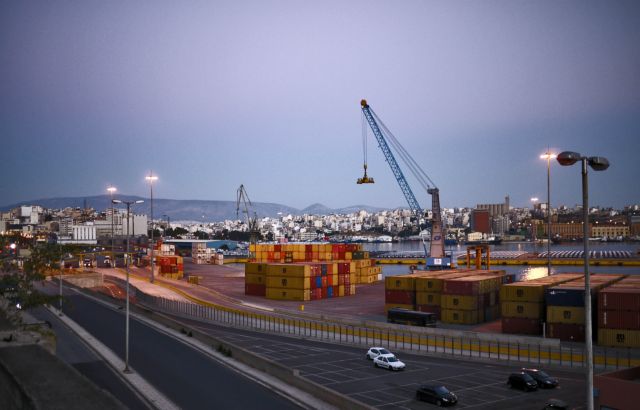 The privatization process for the Port Authority of Piraeus (OLP) will be discussed today in Parliament, with the MPs expected to formally announce the initiation of the sale via TAIPED, while the nationwide federation of dockyard employees OMYLE goes on a 24-hour strike in protest.

The Minister of Shipping Miltiadis Varvitsiotis is expected to appear before Parliament’s Finance Committee, where he will address the opposition’s criticism of the intended privatization, by referring to the example of Cosco’s investments in the port of Piraeus. Mr. Varvitsiotis will attempt to calm dockyard employees, who have mobilized against the potential privatization and sale.

The dockyard workers federation accused the government of “trying to sell off the port authority of Piraeus, Thessaloniki and the other ports, using TAIPED to cover up its political responsibilities in relation to the crime committed against the national economy, growth perspectives and the social role of the ports”.

PASOK is going to pose questions regarding the legal and constitutional implications of OLP’s sale and whether the privatization may clash with EU legislation in the future. The party will also request from a team of experts to conduct a report in order to determine whether the sale of shares or concession of port services is in the country’s interest.

Meanwhile, opposition leaders SYRIZA have issued a statement arguing that the government is insisting upon its catastrophic policies and accused the coalition government of attempting to sell off OLP in order to turn the country’s largest port into a private monopoly.

The Mayor of Piraeus Vasilis Michaloliakos also commented on the perspective privatization at a municipal council session that the port as in an integral aspect of the City of Piraeus and as such, the port’s shares must belong the Municipality, regional and local government. Mr. Michaloliakos also questioned the inclusion in the OLP deal of real estate with no apparent port function.