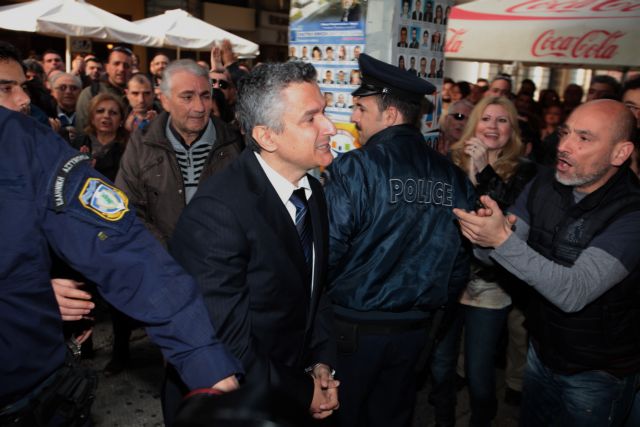 The courts decided to detain the president of ETEKA and Atromitos F.C. Giorgos Spanos, along with head manager of the directory of petroleum management at the Ministry of Environment, a customs officer and marine engineer, over the fuel smuggling case.

During the hearing family members of the suspects, along with other ETEKA employees and a number of Atromitos fans congregated outside the courthouse and had altercations with journalists covering the case, prompting the intervention of a riot police unit.

Mr. Spanos’ defense team stated that in the charges brought against him the quantity of recovered oil which he is alleged to have smuggled is not defined, but rather its nominal value and argued that “there can’t be any smuggling without smuggled goods, just like you can’t have homicide without a dead person”.

The ETEKA president answered about 50 questions and rejected the charges against him. The courts also questioned an ETEKA facilities supervisor, a customs officer, a marine mechanic, a weighbridge supervisor at OLP and the co-owner of a fuel station. ETEKA’s attorney claimed that so far, there is no proof of any money laundering or indication of a criminal organization being at large.

Additionally, the defense team stressed that the courts have revised the initial announced police estimate of taxes withheld, from 3.5 million to 662,800 euros. According to Mr. Spanos’ side, the alleged smuggled oil was 8,500 liters rather than 4.5 million liters.