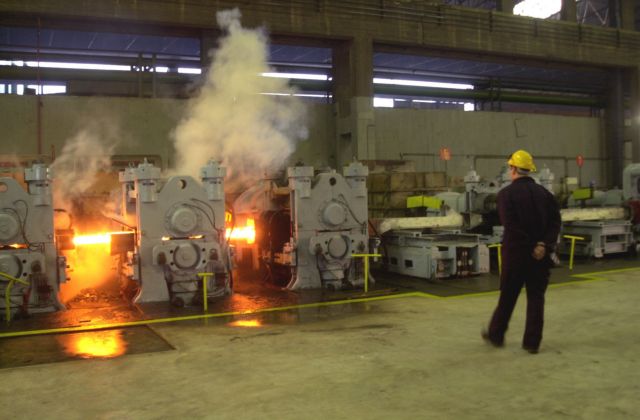 Despite the Prime Minister’s optimism that Greece is finally turning around and beginning to exit the crisis and crippling recession, the situation in the economy is still critical.

Last week steel industry Halyvourgiki, one of the oldest and most historic industries in Greece, announced that it was going to suspend its 200 employees in Elefsina, while this week Hellenic Halyvourgia plans on filing a request for dismissals at the Ministry of Labor.

The largest steel industry Sidenor, which has facilities in Thessaloniki and Volos, only works over the weekend and at night to reduce energy costs, while employees have seen their wages shrink by 40%.

The heavy industries have seen their revenue streams collapse, which is attributed to an 85% drop in domestic demand (related to the collapse of the construction sector), while exports have also suffered since the cost of production (and energy particular) is excessive, nearly double that of European competitors.

The cost of one megawatt of electrical energy is 80 euros in Greece, when in other European countries the div is about 35 to 40 euros. A significant portion of the cost of energy in Greece is taxes and levies. Even the cost of natural gas, which has been touted as a cheap alternative, has doubled in recent years.

These developments have worried the Prime Minister Samaras, who has asked from the Ministry of Growth to prepare “a set of measures in order to address the problem”. Amongst them is the implementation of a provision to benefit heavy industries that reduce their energy needs. Additionally, the deal with Gazprom will result in lower natural gas prices.