Michelakis insists that national elections will take place in 2016 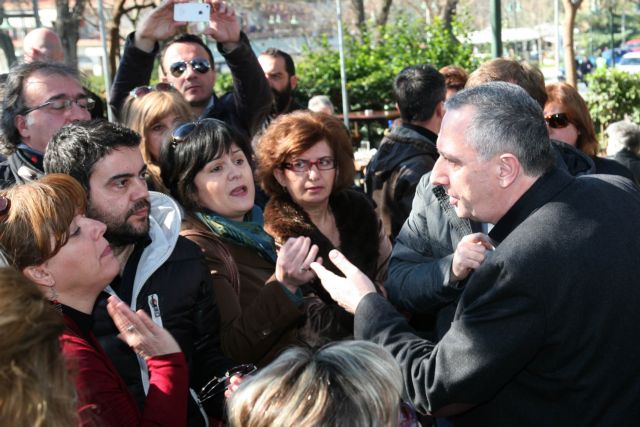 The Minister of Interior Yannis Michelakis appeared at a New Democracy event in Larissa, where he refuted rumors suggesting that there will be triple elections in 2014 and insisted that “national elections will take place in 2016”.

Outside of the building where the New Democracy event was being held groups of suspended school wardens and teachers held a demonstration and yelled slogans during Mr. Michelakis’ speech.

When the suspended teachers asked the Minister whether they would be dismissed, Mr. Michelakis responded that the State is unable to support the entire public sector and as such, dismissals are necessary. He added however that efforts were being made to restrict the number of dismissals to the bare minimum.

Regarding the upcoming local government and European parliament elections, Mr. Michelakis argued that small politics and partisan interests should not affect their outcome.