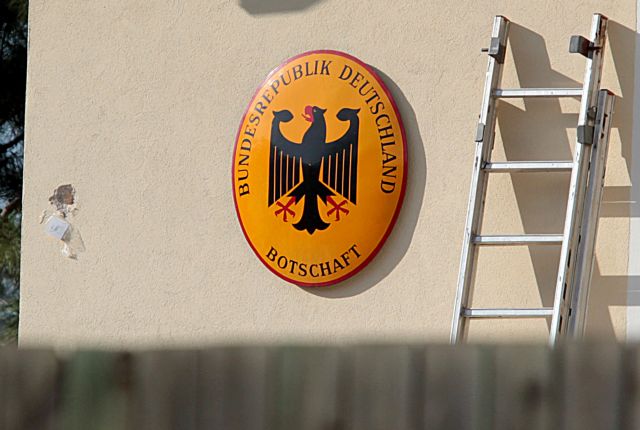 The Group of Popular Fighters has claimed responsibility for an attack against the German ambassador’s residency in Halandri, which took place on the 30th of December 2013. This is the same group that claimed the attack against New Democracy’s central offices on Sygrou Avenue in January 2013.

In their declaration, which was sent to the To Pontiki weekly newspaper, the group refers to a rocket attack against the Mercedes-Benz facilities in Varybobi, which ad not been reported by the police. The group reveals that the attack took place on the 12th of January 2013 and explained that the attack was not reported either because the RPG did not detonate as expected, or the authorities made a “miserable attempt” to cover up the attack.

Elsewhere in the declaration the group dedicates the armed attack against the German ambassador’s residence in memory of Dimitris Christoulas, who tragically committed suicide in public on Syntagma Square in April of 2012. The group stated that their militant attacks are “in full compliance with the people’s sense of justice” and warned of future attacks during the Greek presidency of the EU.

The full declaration is available here.