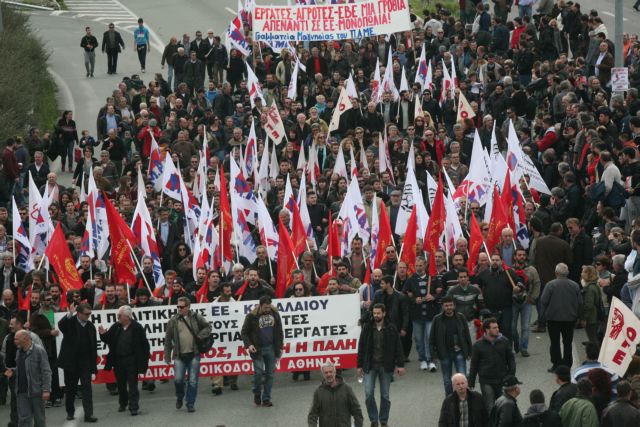 The farmers in Northern Greece have decided to reinforce the road blocks that they have established on the national high ways, as they prepare for a new round of talks with government executives. Representatives are going to meet with the Minister of Agricultural Development today, while an appointment with the Minister of Finances is being scheduled for tomorrow.

A rally for this Thursday at 3pm has been announced by the farmers in Thessaly, who wish to gain the support of employees from different sectors. The farmers at the Kouloura junction are considering a symbolic protest today, while the farmers in Pella have occupied the tax office in Edessa.

The farmers from Serres are considering demonstrating against the government’s tax policy tomorrow outside their local tax office. Furthermore, the farmers at the road block at Vasilika in Thessaloniki are going to cut off the traffic at 1pm, while their colleagues from Viotia will head to Tragana toll booths to demonstrate against the recent toll hike.