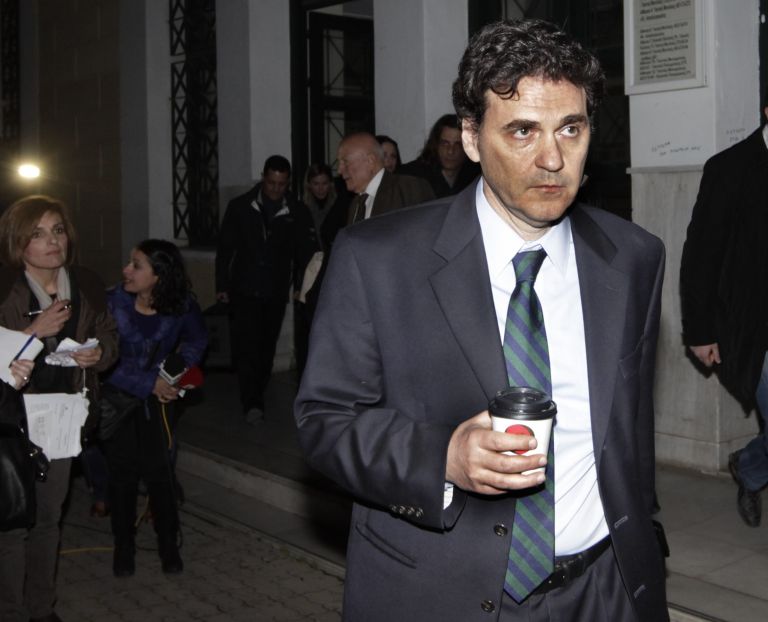 After a 9-hour plea before the examiner, the former Postbank manager Angelos Filippidis was set free after paying a 2 million euro bail and agreeing to remain within Greece and regularly report to a police department.

On his way to court Mr. Filippidis told reporters that he was fighting for “the obvious, so that the banks can do their job. If I lose, then the prosecutors will issue loans”. The former bank manager was questioned about a number of loans he authorized between 2007 and 2009.

Mr. Filippidis claimed that the loans issued to Dimitris Kontominas were secure and that the best line company (that was established by the Postbank and Mr. Kontominas) remained profitable until 2010.

Regarding a 100 million euro loan that was issued to Lavrentis Lavrentiadis and his Alapis company, the former bank manager claimed that the company had recently increased its share capital by 400 million euros and the Bank of Greece had approved the 32 acquisition of Proton Bank by Piraeos Bank.

As for the loans issues to Kyriakos Griveas and Anastasia Vatsika, Mr. Filippidis explained that their C&C company had been active for 9 years and had a cash flow.

The former Postbank managed objected to being blamed for the loans issued to Panagiotis Efthimiou, since they were later paid off by businessman Lucas Ellinas, the involvement of whom is currently being investigated.

In his plea, Mr. Filippidis also stressed that he had not been asked to provide explanations before the warrant for his arrest was issued, insinuating that there was a bias against him.