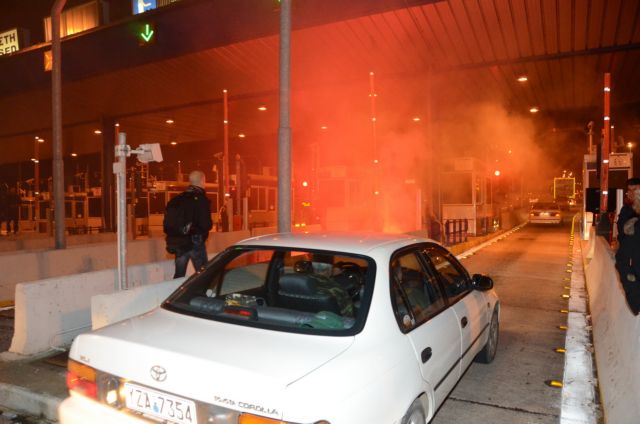 The Mayor of Oropos Yannis Economakos, two of his deputies and six other people (including municipal councilors and local residents) have been detained by the police over the events that took place on Sunday at the Malakasa toll booth, where one booth was set on fire.

During the demonstration a number of protesters removed a toll booth employee from his post and set fire to his booth. The demonstrators later blocked off the high way for a few minutes, with traffic being restored at around 8.30pm. Drivers going by the Malakasa junction did not pay tolls.

The Mayor issued a statement explaining that neither he, nor any other deputies or municipal councilors arrested, were involved in the arson attack, but also warned that he will continue fighting peacefully against the “unannounced and excessive” toll hike, which greatly affects local residents.

The arrests also prompted the central union of municipalities (KEDE) to issue a statement of solidarity in support of mayor Economakos, his deputies and other arrested parties. KEDE also condemned the “violent acts that may harm the just struggle of local residents” and stressed that it is inconceivable that there are one frontal and six lateral toll booths in the Municipality of Oropos.