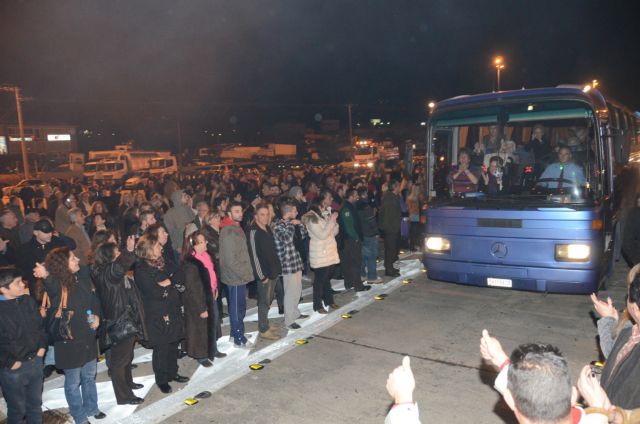 The government’s decision to increase tolls on the national high ways has caused fierce reactions from local residents, who complain that they will be unable to pay them. In some cases the tolls have nearly doubled. While the government also announced that regular users would receive between 5% and 50% discounts on tolls, local residents are angered at the new prices and have taken to the streets.

The Minister of Infrastructure Michalis Chrysochoidis attempted to justify the toll increases by explaining that they had been voted in Parliament back in 2007. Mr. Chrysochoidis claimed that the announced discounts “restored the injustices” and accused mayors of playing political games due to the upcoming local government elections.

Although the government maintains that it is planning on improving and expanding its antiquated high way network, local residents particularly affected by these increases do not appear convinced. On Sunday about 500 angered residents from Oropos gathered at the toll booths at Malakasa and set fire to booth and then cut off traffic on the national high way.

The residents then headed to the tolls in Afidnes, where they held a symbolic take over. Traffic was restored at about 8.30pm, however no drivers were paying toll fees.