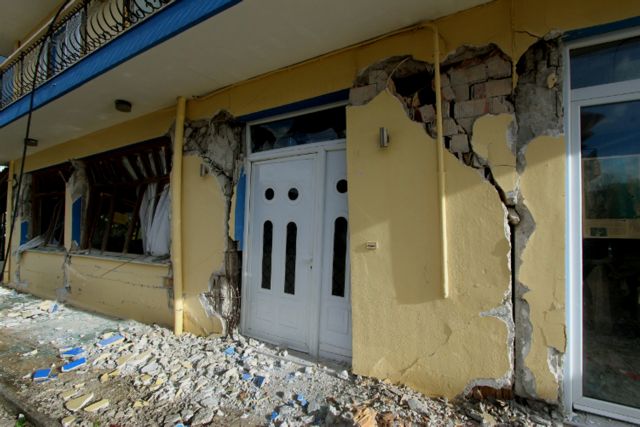 An early morning aftershock tremor worried the residents of Kefalonia, who have seen their island suffer unprecedented damages from the recent seismic activity.

According to the Geodynamic Institute, the latest aftershock measured 4.1 on the Richter scale and took place at 5.26am at a depth of about 2km and about 15km northeast of Lixouri. The aftershock was also felt in Zakynthos.

The increased seismic activity and powerful aftershocks have caused great concern and anxiety to the earthquake victims, who refuse to return to their damaged homes, fearing an even greater earthquake is immanent.

Yesterday the government announced a number of initiatives to help the residents of Kefalonia affected by the earthquake to recover and restore damages they suffered.