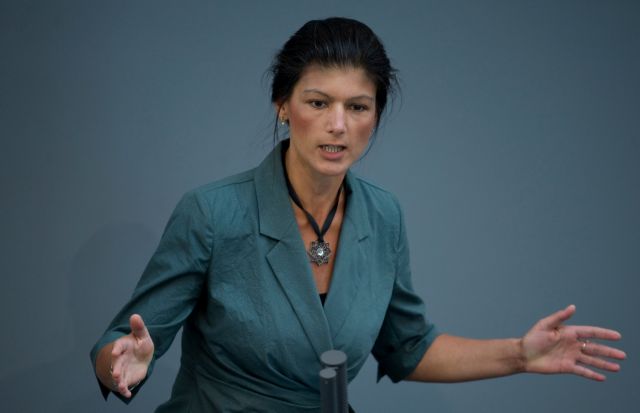 The Vice President of the German left-wing party Die Linke MP Sahra Wagenknecht has asked for the imposition of an asset tax for the rich in Greece. The proposal came in response of a similar proposal of the German central bank and the rumors that the Germany is preparing for a new bailout loan to Greece or debt haircut.

According to Mrs. Wagenknecht’s proposal, this new tax should only be applicable to the wealthier Greeks and as such would only affect taxpayers who have assets that are worth more than 500,000 euros. The German politician explained that such a tax could avert a future collapse and argued that the German government and European Commission are “advocates for millionaires”.

A representative of the German Finance Minister did not deny the rumors of a new loan or haircut and opted to underline the German policy remains unaltered; after the troika has determined the viability of the Greek debt by April, a new aid package will be decided upon in 2014. The German officer claimed that the document the Spiegel based its article on “was possibly for internal use”.