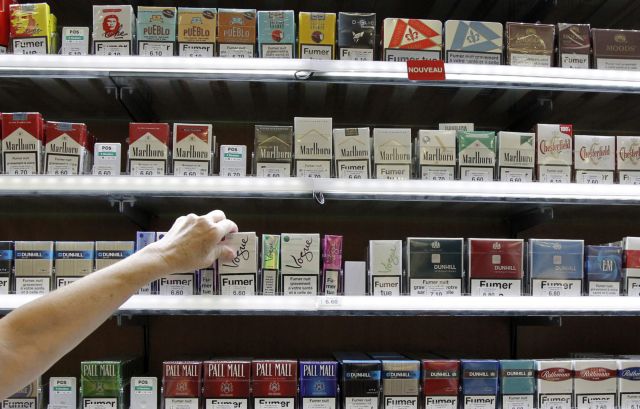 The price of cigarettes is going to increase today by about 10 cents per package, in accordance with the decision of the General Secretary of Public Revenue Haris Theoharis.

Mr. Theoharis announced an increase in the price of cigarettes, from 162.27 euros per tax unit (1 tax unit = 1,000 cigarettes) to 175.15 euros per tax unit. The cigarette price increase was decided upon as an alternative measure to the controversial 25-euro ticket in healthcare. This 10-cent increase is expected to save the government an estimated 40 million euros per year.

Even though the government’s initial plans were for the price increase to be only about 5 cents per package, this was not possible due to the tobacco industry’s pricing method, which does not allow any denominations lower that 10 cents.