Sea Diamond appeal hearing postponed to the 13th of February 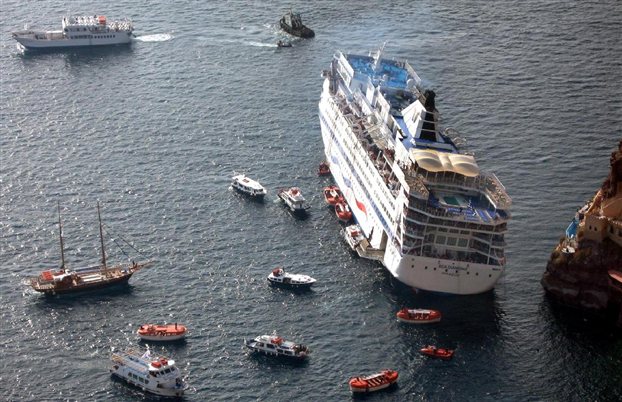 The appeal trial over the sinking of the Sea Diamond has been postponed to the 13th of February so that the court can hear all remaining cases in its backlogs and to be updated on the case file. In the July 2013 trial, nine of the thirteen defendants who received suspended sentences launched an appeal.

Earlier in the day, members of the protest coordination committee of Santorini citizens congregated outside the appellate court in Piraeus, demanding that the sunken ship be hoisted and removed from the sea. The Minister of Shipping Varvitsiotis recently explained that the Sea Diamond shipwreck is at such a depth that it is not affecting anything and aside from constantly being monitored, a huge sum has already been paid out to clean the area.