Farmakonisi castaways have been transferred to the port of Piraeus 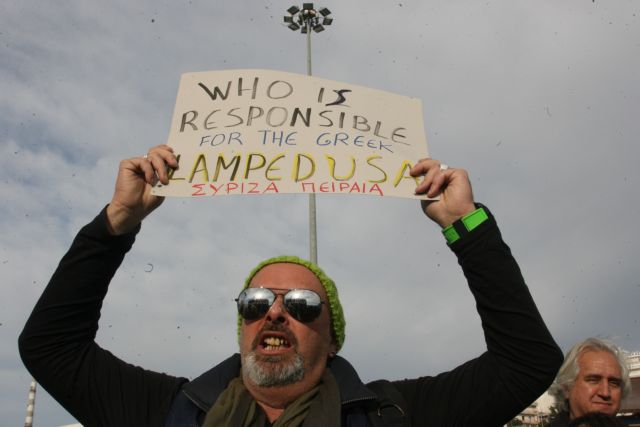 The sixteen immigrants who were salvaged from a shipwreck near Farmakonisi a few days ago have been transferred to the port of Piraeus, after being accommodated in Leros for a few days.

The ferryboat tickets for their transfer were paid for by an NGO and members of the United Nations’ High Commission offices in Athens greeted the castaways, who are mostly from Afghanistan.

Yesterday the bodies of an 11-year-old child and a 38-year-old woman, who were declared missing at sea after the fishing boat carrying the 28 immigrants capsized, washed upon Turkish shores. The search for the remaining ten immigrants who are still missing at sea continues.

Meanwhile the United Nations’ refugee agency and the Hellenic Coast Guard are in a heated dispute over the circumstances that lead to the tragic event. The UNHCR has argued that the Coast Guard was tugging the boat towards Turkey and ignored calls for help.

The Coast Guard has denied the accusations by citing the boat’s location from it made its distress call and where it sank, indicating the ship was being tugged towards Farmakonisi. Furthermore, the Coast Guard also explained that the boat capsized when the passengers suddenly shifted to one side.


Amnesty International has called for Greek authorities to launch a thorough, transparent and independent investigation into the events that took place on the 20th of January, as it is deeply concerned about the repeated allegations of ill treatment of immigrants and refugees on the Greek and Turkish border.

In its announcement, Amnesty International explains that since August 2012 at least 136 refugees, mostly from Syria and Afghanistan, have perished in at least 12 documented attempts to cross over to Greece from Turkey via boat. The organization concludes that the European Union and its member states must focus their efforts in saving lives at rather than protecting borders.