Dendias announces 4-million-euro bounty for the arrest of terrorists 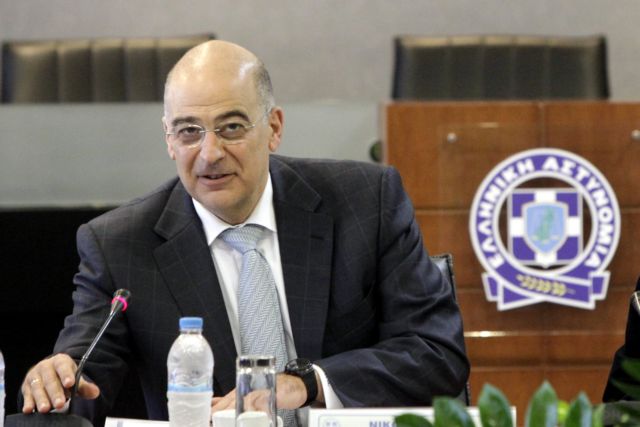 The Minister of Public Order Nikos Dendias revealed that later in the day the government will announce a 4-million-euro bounty for the arrest of terrorists. The 4-million-euro bounty is specifically for Nikos Maziotis, Christodoulos Xiros and the two men who assaulted the Golden Dawn offices in Neo Iraklio.

Mr. Dendias explained that he met with high-ranking officers at the Central Police HQ in Attica, whom he congratulated for their recent efforts in a series of matter, including terrorism. The Minister then explained to journalists that “the Greek sate will do what it can, it has the constitutional duty to protect the nation, society and its financial development”.

Prior to his meeting at the Police HQ, Mr. Dendias visited the Minister of Justice Charalambos Athanasiou, with whom he discussed the recent developments on the domestic terrorism front and the construction of a high-security prison in Domokos.