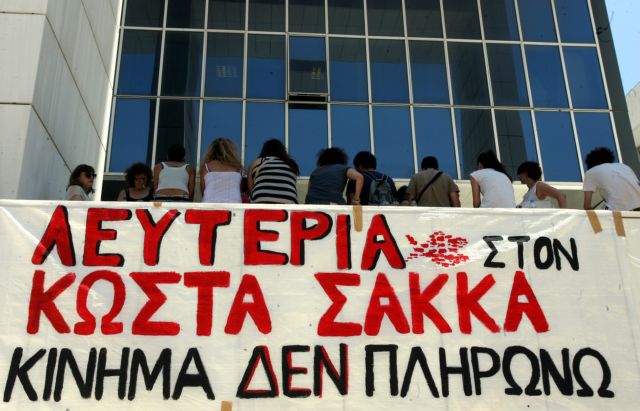 The courts decided to release Kostas Sakkas on bail, after he was recently re-arrested when fingerprints of his were finally identified five years after being found in hideouts used by the Conspiracy of Fire Cells (SPF) militant group.

Sakkas, who was on hunger strike last year, repeated his claim that he has never been a member of the Fire Cells, although he admits to being friends with some of the people who have admitted to participating in the group.

Regarding the discovery of his fingerprints in shopping bags that were found in the alleged hide-outs, Sakkas pointed out that they were on objects with any relevance in the case and that three other defendants, Giospas, Vogiatzakis and Rallis, have also been absolved of similar charges.

Sakkas’ main argument of defense was that it is not possible to detain him based on old evidence and explained that he has already appealed to the European Court of Human Rights regarding his case, which is still pending.