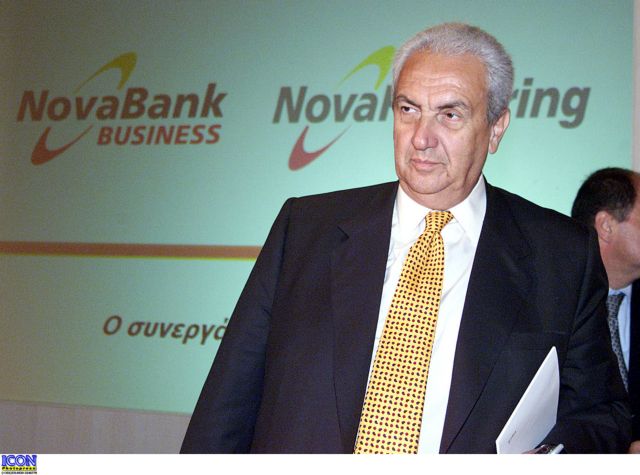 Businessman Dimitris Kontominas stated his plea yesterday regarding his implication in the emergent Postbank scandal, but the investigative judge and court prosecutor could not agree as to whether Mr. Kontominas should be detained until trial or not.

Mr. Kontominas, who is facing charges of fraud and money laundry, was unable to attend the courts due to health issues and stated his plea from the private hospital where he is being treated under police guard.

According to the case file, Mr. Kontominas is accused of securing loans worth 110.5 million euros from the Postbank, between 2008 and 2012. These loans appear to have been granted in violation of the regular banking practices, while some funds were used for different purposes than the ones for which they were intended.

The prosecutor Popi Papandreou was in favor of detaining the businessman, while the investigative judge Giorgos Andreadis proposed a 5-million-euro bail and banning him from leaving the country. The Judicial Council will convene today to come to a final decision on the matter.

Mrs. Papandreou argued that Mr. Kontominas was suspected of escape and committing further crimes, as it appears that he had made preparations to abandon Greece. The prosecutor insisted that Kontominas took advantage of his acquaintances and position of authority in order to secure loans which he then diverted to personal accounts. In one instance the defendant allegedly used funds from a loan to buy real estate property in London for his daughter.

Mr. Kontominas’ implication is paramount in the extensive 130 million euros worth of damages the Postbank suffered from its cooperation with the Postcredit company, which issued credit cards. The prosecution stressed that all this occurred during an unprecedented financial crisis and did not accept Mr. Kontominas’ mitigation.

The businessman admitted that he had fallen behind loan payments, but claimed to be completely innocent and that he did not commit any felonies, fraud or money laundering. He attributed his implication in the scandal to a “misunderstanding” and argued that he had the approval of the Bank of Greece in his transactions with the Postbank.

The courts decided to set bail at 10,000 euros for the Investment Evaluation Subcommittee member Charalambos Giagoudis, who was the rapporteur for loans that were granted to Dimitris Kontominas, Kyriakos Griveas and Lavrentis Lavrentiadis. Griveas and his wife Anastasia Vatsika, for whom an international warrant for their arrest has been issued, have requested that the freezing of their assets lifted.