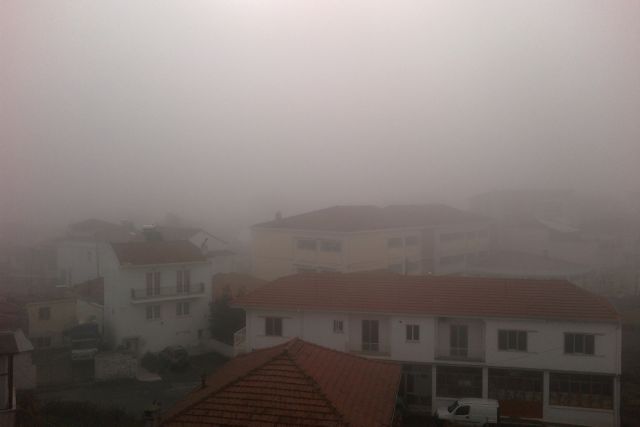 The government has decided upon a series of measures which are intended to curb the burgeoning atmospheric pollution problem, which has come as a result of people turning to wood burners and fire places for heating as conventional heating has increasingly become a luxury for many households.

At first the government will issue warnings and recommendations, depending on the concentration of pollution, which can range from shutting down central heating in public buildings to imposing traffic and industrial production.

When the concentration of particles in the air exceeds150μg per m3, the government recommends young children and the elderly to avoid physical activity in outdoors, especially if there is increased traffic.The government will also “urge” people to stop using fire places, wood burners and other “alternative” heating methods and encourage those with conventional central heating to reduce their thermostat to 18 degrees Celsius.

If the atmospheric pollution is excessive, the government will suspend heating in all public services, apart from where natural gas is used. Hospitals, nurseries, schools, asylums etc will be excluded from this measure. Additionally, the government will restrict industrial activities by 30%.

Furthermore, the government can ban all cars running on leaded fuel, diesel and trucks in areas where the air pollution is excessive. This ban will also affect school buses, while taxis will also see limitations. The government’s measures provide that schools and nurseries will not operate during these days.

The government’s countermeasures also include provisions for a set amount of free electricity becoming available to those on DEI’s social tariff, in an effort to curb “alternative heating”. This limited amount of free electricity will be available for two days, for every one day of the atmospheric pollution being over the 150μg/m3 limit. Some discounts will also be available for organizations offer social cares services, such as food banks and charities.