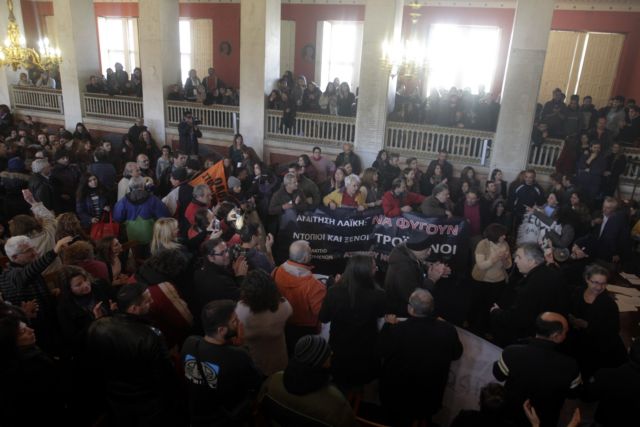 The board issued a statement explaining that it will not cover for any employees who are not performing their duties, while the strike committee announced that the strike is on until Friday in accordance with the decision from Wednesday’s general assembly. The union board has disputed the strike committee’s decision, which extended the strike for a 14th week.

In response, the strike committee made a motion against the administrative employee union board members and held a vote, the result of which was to declare the board as void. The strike committee claims that the union’s board president interrupted the general assembly and has negotiated behind the back of the employees.

A group of administrative employees wishing to continue the strike are not allowing colleagues wanting to end the strike, with tension amongst the two groups rising outside the university’s financial services on Christou Lada Street in downtown Athens. The police have been called out and negotiations with the strikers blocking entrance are under way.