Initiative of “58” hold central event at the “Acropol Theater” tonight 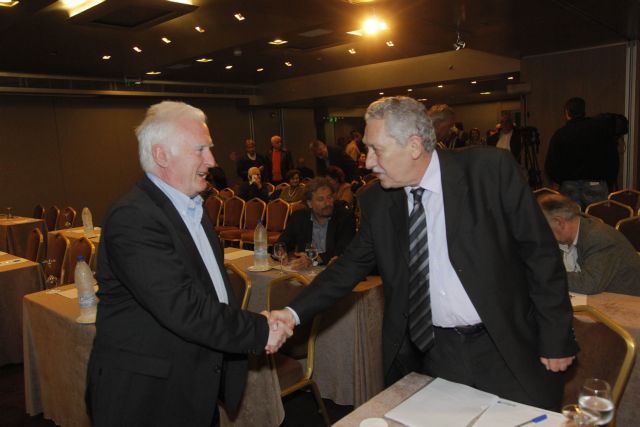 The initiative of 58 prominent figures in favor of a center-left resurgence is going to hold its central event at 7pm tonight at the Acropol Theater in downtown Athens. The central speaker at the even will be Yannis Voulgaris, while Paraskevas Avgerinos and Yannis Bezos are also scheduled to speak. This will be the first in a series of events to debate the creation of a strong party that will challenge New Democracy and SYRIZA.

According to Ta Nea, the German president of the European Parliament Martin Schulz and the Austrian leader of the group of Progressive Alliance of Socialists and Democrats Hannes Swoboda will also address the audience at the event, while the Ethnos newspaper reported that Evangelos Venizelos and Kostas Simitis will attend.

The upcoming conference of DIMAR which begins on Thursday is also expected to influence some of the developments in the domestic Center Left scene. DIMAR leader Fotis Kouvelis is not convinced that an alliance with the initiative is necessary, since he believes that the “58” are not against government policies or the possibility of an alliance with PASOK, which is adopting neoliberal politics.

Contrary to Mr. Kouvelis opinion though is DIMAR’s general secretary Spyros Lykoudis, who has openly spoken in favor of negotiating with the “58” as part of the overall plan to seek allies in “neighboring” political scenes. This difference of opinion could potentially cause some internal conflict in DIMAR.