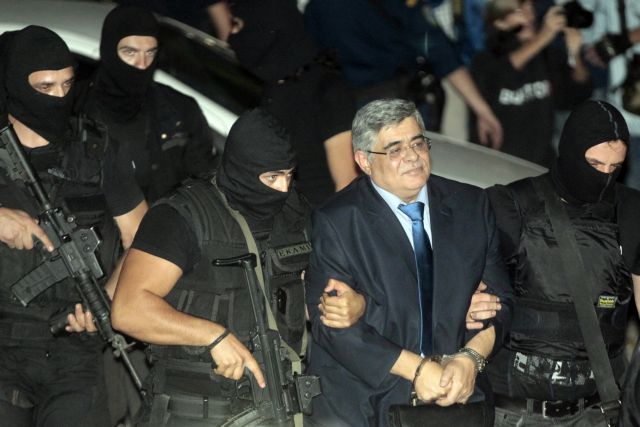 Golden Dawn leader Nikos Michaloliakos, who has been detained during the investigation into the criminal activities attributed to members of his ultranationalist party, had his application for release rejected by the investigative judges Ioanna Klapa and Maria Dimitropoulou.

According to the court ruling, Michaloliakos is still considered an apologist of Hitler and the Junta colonels as well as being suspect of committing new crimes. Prosecutor Isidoros Dogiakos also rejected the application for release by Nikos Papas, Golden Dawn’s second-in-command, for similar reasons.

Additionally, 12 people have been summoned as part of the ongoing investigation into Golden Dawn’s criminal activities. The people summoned appear to be related to the murder of Pakistani worker Shehzad Luqman in Petralona, an attack against a 17-year-old student outside his school in Paleo Faliro and a number of other racist attacks.