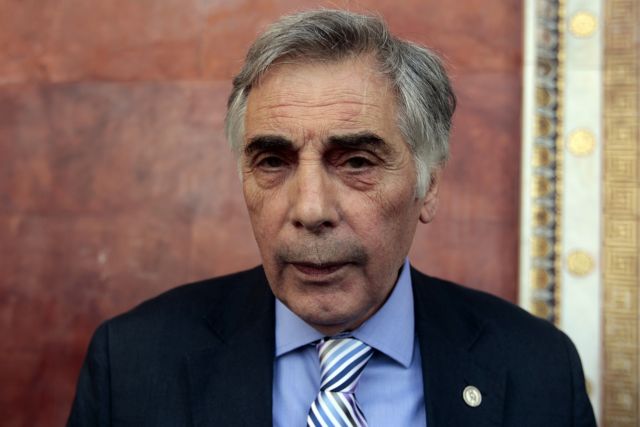 The Rector of the National Kapodistrian University of Athens Theodosis Pelegrinis, who is being referred to the Supreme Disciplinary Council by the Ministry of Education, spoke in the university’s main building at Propylaea, where he expressed his “awe for the strike of these people who give their blow to save their flesh”.

Mr. Pelegrinis added that “I don’t know if I will be here tomorrow, but I am proud of the university employees who are giving society a lesson in how to fight” and explained that the Ministry of Education is treating the universities autocratically and rather than correct its mistakes, it is punishing the employees with new mistakes.

The Rector then accused the appointed University Council of colluding with the Ministry of Education, since a council letter accusing him of misconduct was sent out from the Ministry’s press office. The University Senate convened earlier in day and held that there is no reason to suspend the Rector until his referral to the Disciplinary Council. Mr. Pelegrinis underlined that all of his decisions have been in line with the academic community and explained that in order to save the academic semester, the university must first be saved.

The Minister of Education Konstantinos Arvanitopoulos had hoped that his motion against the Rector would pressure the administration employees to back down from their struggle, but had the opposite effect and rallied opposing factions within the university. Mr. Arvanitopoulos is scheduled to meet with representatives of the administrative employees at 4pm today in hopes of coming to an agreement.

Additionally, the administrative employee union has decided to cancel its meeting that was originally planned for today and rescheduled it for Thursday, when their latest 48-hour strike ends. Two university employees appeared with a ballot box, at the request of the board members, but quickly disappeared as the majority of administrative employees are against ending the strike.

The administrative employees at the National Technical University of Athens convene later today to decide on the future of their strike, which appears to be coming to an end, as 6 of its 9 schools are reportedly operating without any problems.