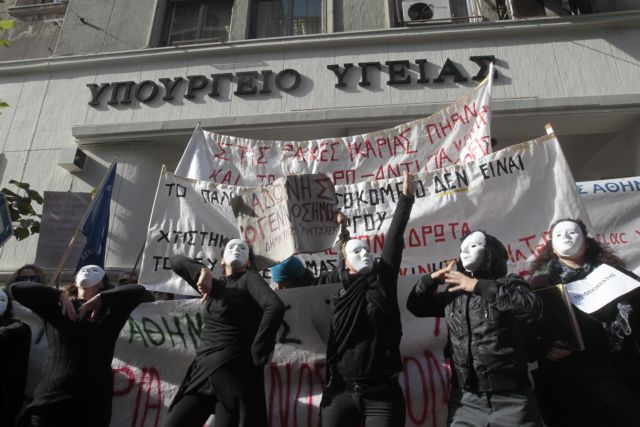 Yesterday’s meeting between the Deputy Minister of Health Antonis Bezas, the president of EOPYY Dimitris Kontos and representatives of the doctors was fruitless. As a result the EOPYY doctor strike will continue until the 13th of December, after today’s meeting on extending their strike

During the meeting the Deputy Minister and EOPYY president relayed the offer of Health Minister Adonis Georgiadis which includes postponing the health sector reforms for a month, during which time negotiations between the two sides may resume, on condition that the strike ends immediately.

The doctors responded that they are willing to accept the offer, by setting their own condition, that there will not be any suspensions or dismissals of EOPYY doctors “not now, or next year”. Mr. Bezas instead counter-offered a two-month “moratorium”, without however being able to guarantee that no dismissals will take place, displeasing the doctors.

Meanwhile, the Minister of Health announced on ANT1 that he is not willing to sign the exclusion of any doctor from the suspension and dismissal scheme and argued accused the doctors of being indifferent towards the needs of their patients.

The Minister requested that the EOPYY strikers allow the disability certification centers (KEPA) be staffed “for the weakest people in our society” and that “the union movement will not die if they let five doctors go there every day so that people are not stuck in queues”.

On the other hand, the Ethnos newspapers claims that the president of doctor union OENGE Dimitris Varnavas characterized Mr. Georgiadis’ proposal as “unenforceable and strikebreaking”. Mr. Varnavas also explained that due to preexisting hospitals shortages they are overextended and thus unable to cover for the strike of their colleagues in the EOPYY.