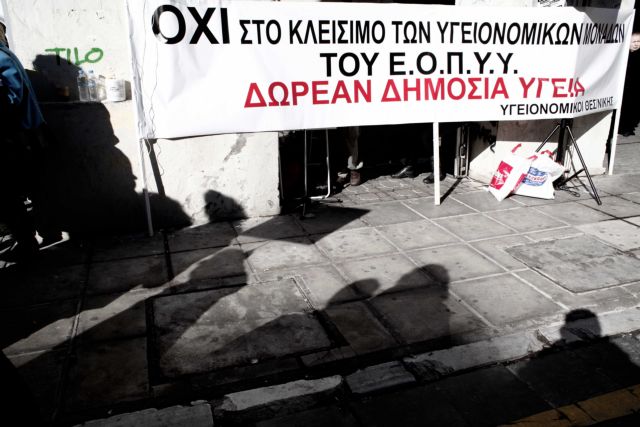 The federation of EOPYY doctors issued a statement today to announce that their ongoing strike has been extended until the 9th of December, which they attributed to “the Minister of Health’s intransigent attitude regarding dismissals and the destruction of public primary healthcare”.

With the strike extended to the 9th of December, the EOPYY doctors in Attica have arranged an emergency general assembly for Monday the 2nd of December at 10.30am.

The EOPYY doctors also announced that they will participate in the nationwide federation of hospital doctor unions’ (OENGE ) protest outside the Ministry of Health at noon. OENGE has also announced a four-hour walkout for doctors in Attica and to support any strikes that take place in regional hospitals.

Meanwhile the employees at the “Dafni” and “Dromokaitio” psychiatric hospitals in Attica have arranged general assemblies in order to determine escalation of their protest.