Opposition submits its proposal for a submarine inquiry 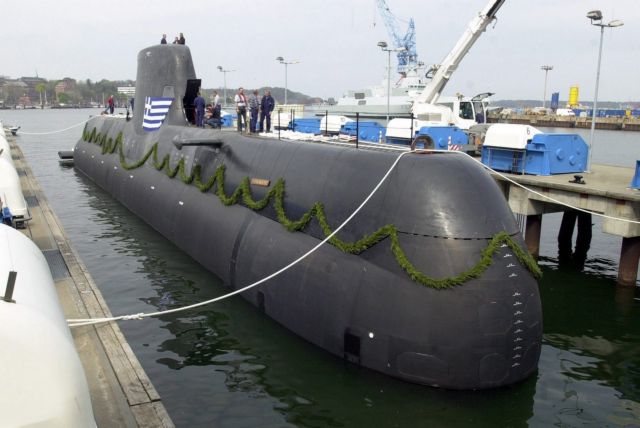 On Monday SYRIZA submitted its proposal in Parliament to form an Investigation Committee which will be tasked with examining the submarine construction scandal.

The proposal specifically mentions the events that lead to the concession of the Skaramangas shipyard to Abu Dhabi Mar in 2010, which was approved and signed by then Ministers of National Defense and Finances, Evangelos Venizelos and Giorgos Papakonstantinou respectively.

SYRIZA focuses its justification of the proposal by stating the need for the shipyard to resume operations, rather than elaborate on any evidence which could indicate the proportions of the potential scandal. Specifically the purpose of the initiative is to “fully reinstate the shipyards and expand construction and metallurgy activities, to receive the submarines, to restore job and, of course, seek out political and, if the investigation is sufficient, criminal responsibilities”.

The opposition leaders maintain that the problem stems from the 1998 contracts and suggests that an investigation in the supply of torpedoes, which was debated in the previous decade, is necessary. SYRIZA also emphasizes the importance of the offset benefits, which were however abandoned.

The full proposal is available here.