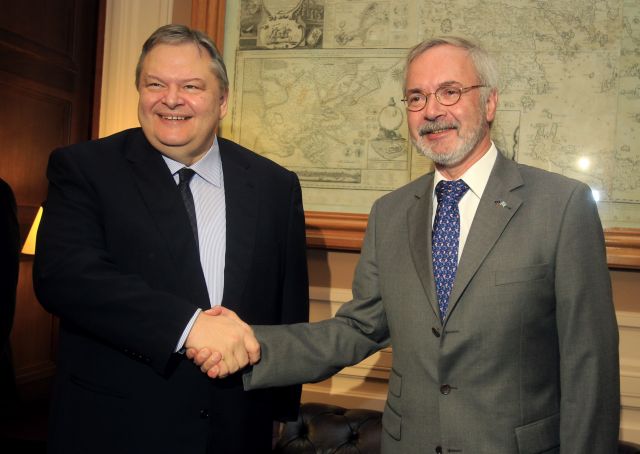 The government Vice President Evangelos Venizelos expressed his optimism that Greece was exiting the crisis during his meeting with the President of the European Investment Bank Werner Hoyer.

Mr. Venizelos explained that “we are in the phase of restarting the real economy, now that we are truly exiting the crisis” and argued that Greece “must become a normal European country again” thanks to the sacrifices of the Greek people.

During their meeting, Mr. Venizelos and Mr. Hoyer discussed the importance of creative, extroverted small and medium-sized enterprises in Greece and how the European Investment Bank may support political initiatives during the upcoming Greek EU presidency.