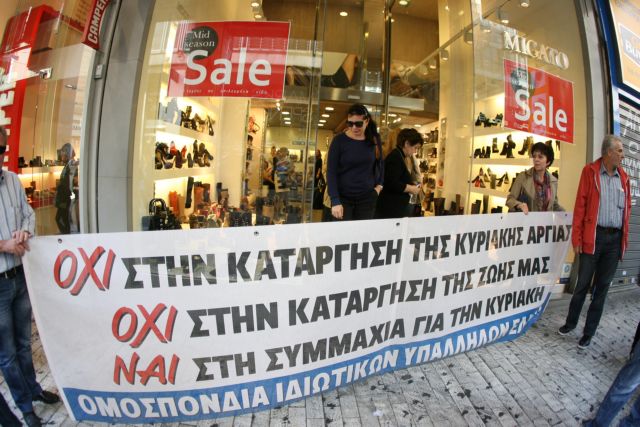 The president of the Confederation of Hellenic Commerce (ESEE) Vasilis Korkidis has criticized and rejected a proposal from the Association of Greek Tourism Enterprises for shops to operate every Sunday in the year, rather than just during the sale seasons.

Mr. Korkidis explained that “tourist businesses receive visitors and Greek commerce follows them, which is why at [the flea market in] Monastiraki, in down town Athens and all the main winter tourist destinations the shops are open on every Sunday during the winter season”.

The ESEE president then questioned why shops should be open on all Sundays to entice customers, when the hotels do not operate despite the low VAT and seasonal employment. Mr. Korkidis added that regional government should decide upon the matter in coordination with local communities “rather than SETE statements and telephone interventions from the Ministry of Growth, which subvert the role of local government”.

Mr. Korkidis went a step further and openly doubted the official figures suggesting that the tourist industry has been on the rise. According to ESEE figures, despite the alleged increase in tourist consumption, trade was at least 14% down during the summer tourist season.