Kammenos: “I do not disagree that PASOK is a criminal group” 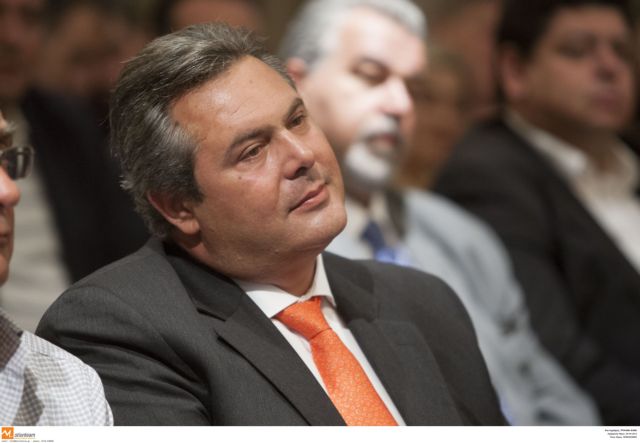 The leader of ANEL Panos Kammenos managed to spark controversy once again in an interview for Star Channel by characterizing PASOK as a “criminal group”. Mr. Kammenos specifically said that “[he doesn’t] disagree that PASOK is a criminal group”, in relation to the comments of governor of Central Macedonia Apostolos Tzitzikostas.

Mr. Tzitzikostas found himself in the public ire when he defended his choice to invite members of Golden Dawn to the 28th October celebrations in Thessaloniki by claiming that it was according to “protocol”. Mr. Tzitzikostas added further fuel to the flames by claiming that PASOK could also be considered a criminal group, since former party member Tsohatzopoulos was recently sentenced. As expected, these comments caused uproar, with PASOK, DIMAR and SYRIZA refusing to sending representatives to the Thessaloniki parade.

In his interview on Star Channel Mr. Kammenos explained that “it is not just Mr. Tsohatzopoulos, there are all those party members such as Mr. Tsoukatos, Mr. Mantelis and Mr. Papantoniou, who are implicated in all those frauds” and suggested that the majority of the Greek people, who “were fooled by PASOK and are unemployed today” would agree with his statement.

Mr. Kammenos extended his criticism to current PASOK leader Evangelos Venizelos for abusing his authority as Minister of National Defense to cover for the former Minister Akis Tsohatzopoulos and the German companies involved in the controversial TOR-M1 and submarine deals.