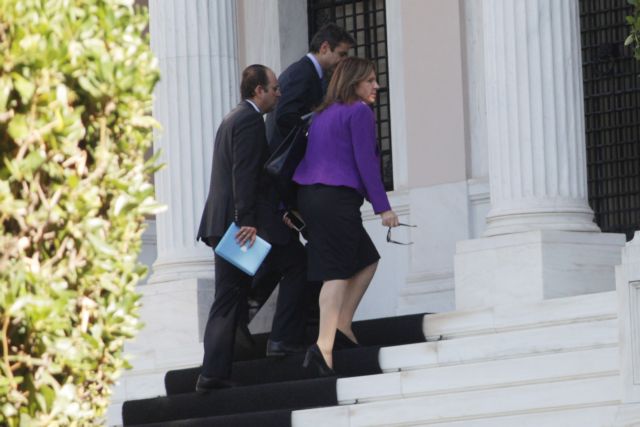 Prime Minister Samaras chaired the Government Council of Administrative Reform today, which discussed mobility in the public sector and the difficulties in negotiations with the troika representatives. According to the bailout agreements, a total of 4,000 employees from the public sector must leave and a further 11,000 in 2014 under the suspension scheme.

With time running out, the Minister of Administrative Reform Kyriakos Mitsotakis has requested that he be given a deadline until February 2014 to present his plan on the 12,500 departures from the civil sector that are meant to take place in 2014.

The government tried to include the 2,662 ERT employees in this year’s 4000 dismissals, but had to revise its div as many were rehired for the interim public broadcasting service DT. The troika has also objected to the dismissals in the defense industries, as well as contracted workers issued with temporary orders.