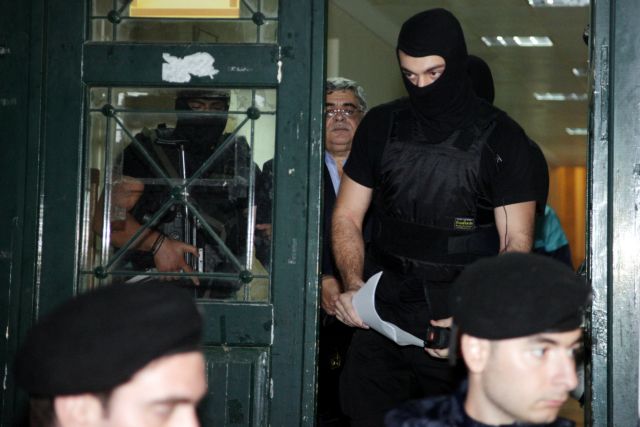 In light of the release of three Golden Dawn MPs yesterday, Golden Dawn leader Nikos Michaloliakos appeared confident that he too was going to be set free after his appearance in court last night, unfortunately for him though, he had not taken into consideration Giorgos Patelis.

According to judicial officers, Nikos Michaloliakos was found to be suspect of committing further crimes (such as destroying important evidence) and thus detained, due to the many phone calls made by the head of Golden Dawn’s Nikea offices, Giorgos Patelis.

Patelis was questioned in court prior to Mr. Michaloliakos and was in direct telephone contact with Giorgos Roupakias, the Golden Dawn member who has confessed to murdering antifascist activist Pavlos Fyssas. It appears that Patelis implicated Michaloliakos in the case in the phone calls he made prior to and after the murder in Keratsini.

Michaloliakos’ defense team argued that the Golden Dawn leader was “truly sorry” about the death of Pavlos Fyssas, that he is «not a Nazi», never composed a Nazi-orientated Statute for his party and that he cannot be held responsible for the actions of his party’s members.