Samaras heads to the USA on an investment safari 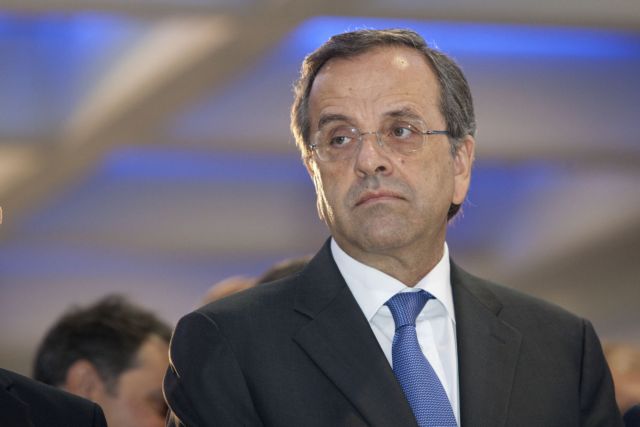 The Prime Minister Antonis Samaras is departing on Saturday for Washington and New York, where he is scheduled to meet with the head of the IMF Christine Lagarde and President Obama’s right-hand man, Vice President John Bidden.

Before he heads off though, Mr. Samaras will be meeting with the troika representatives in Athens, in order to come to a decision about the fate of the troubled defense industries. Yesterday’s meeting with Minister of Finances Yannis Stournaras, Minister of National Defense Dimitris Avramopoulos and his deputy Fofi Gennimata did not result in finding a solution, however the PM is optimistic that part of the factories will be saved and that Brussels is going to come to a compromise about the state subsidies.

The IMF chief Christine Lagarde is going to meet with Mr. Samaras on Tuesday and she will stress that the progress of the recovery program is dependant on the reforms. Mr. Samaras will try to “diagnose” the IMF’s plan for the Greek debt viability, while focusing on presenting his government’s efforts in achieving a primary surplus.

As part of his “investment safari” the PM will attend a function organized by The Hellenic Initiative institution, which former US President Bill Clinton is expected attend. The Stavros Niarchos Foundation will be awarded for its support. Mr. Samaras will then attend a function of the American Jewish Committee, where he will likely refer to the Greek government’s efforts to combat anti-Semitism and Nazism in relation to recent developments with Golden Dawn. The Prime Minister is also expected to appear at a function organized by the Peterson Institute for International Economics, where he will meet American media moguls.

Upon his return to Athens, the PM will begin preparations for his two-day visit to Israel on the 7th and 8th of October, for the first Supreme Council of Cooperation of the two countries. The discussions there will undoubtedly stress the benefits of an alliance between Greece, Cyprus and Israel, in relation to American policy in the Middle East.

Mr. Samaras and his Israeli counterpart Benjamin Netanyahu are expected to come to an agreement with Cyprus and sign a memorandum of cooperation regarding energy and maritime matters in the South East Mediterranean Sea, which the USA supports. The PM will also be accompanied by a group of investors in order to increase the degree of cooperation in finances between the two countries.