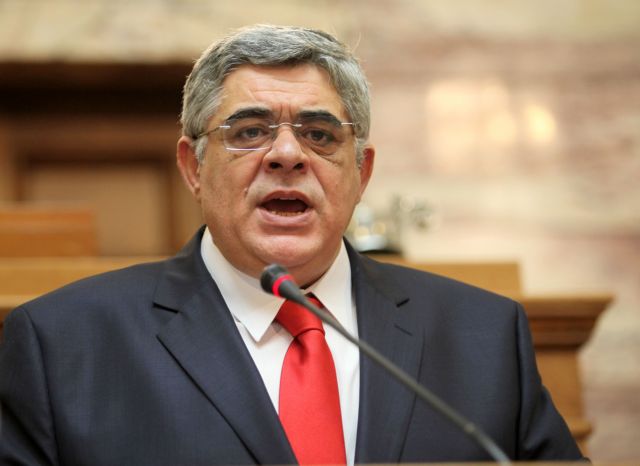 The leader of Golden Dawn Nikos Michaloliakos has confirmed that he is “considering all options”, including having his MPs resign from their seats, which could prompt elections. Michaloliakos stated that his party would “exhaust all legal constitution rights to defend our political honor” and that “those who demonized Golden Dawn” will be responsible for the destabilization of the country.

According to the relevant legislation, if Mr. Michaloliakos carries out his threat, elections will be held in the 15 constituencies of his MPs. Political analysts consider this to be “political suicide” for the ultra nationalist party, since the seats in these constituencies will most likely go to New Democracy of SYRIZA.

The government spokesperson Simos Kedikoglou commented on SKAI TV that “the government is not troubled” and that “democracy cannot be blackmailed”. New Democracy MP Dora Bakoyanni further explained that “Golden Dawn must realize that there are laws and democracy in this country”, adding that “if they want reelections, they will have them, but they can forget about destabilization”.

SYRIZA’s parliamentary spokesperson Dimitris Papadimoulis revealed that his party would take the opportunity to turn the elections into a double referendum, against neo-Nazism and the bailout, while denouncing a “Samaras or tanks” dilemma. SYRIZA’s parliamentary group secretary Nikos Voutsis attributed the threats to electioneering and an effort to legitimize the government’s “wretched social policies”.

PASOK took the opportunity to accuse SYRIZA of “showing its true colors”, while Minister of Infrastructure Michalis Chrysochoidis estimated that if no action is taken “there will be more blood”, dubbing Golden Dawn members “cowards” and “knife-wielding thugs”.